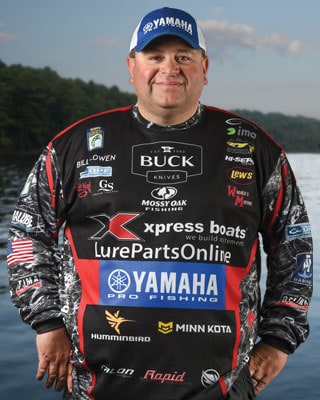 Bill “Dollar Bill” Lowen from Brookville, Indiana, has fished the Bassmaster Elite circuit for 14 years and has earned more than $1 million. Bill, his wife and his two children live in a motor home most of the year, traveling from tournament to tournament across the country wherever Bassmaster is holding an Elite event. Bill made the Elite Series in 2006, and has been fishing that circuit ever since. Career highlights include 10-time Bassmaster Classic qualifier, 7 top-5 B.A.S.S. finishes, 18 top-10 finishes and 103 in-the-money finishes.

Harvey Horne has been chasing after his dream of becoming a professional bass fisherman his entire life. His win at the Central Open on the Arkansas River in 2018 opened up the door to fishing the Bassmaster Elites. Harvey was given the chance to turn his dream into reality. Running an Xpress Boats X21 Pro has allowed him the confidence to go shallower where other boats cannot go and opens up more water for me to explore, plus he has the confidence of being able to handle rough water too.

It’s actually intriguing to step outside your comfort zone because you can’t improve as an angler unless you are put in challenging situations. 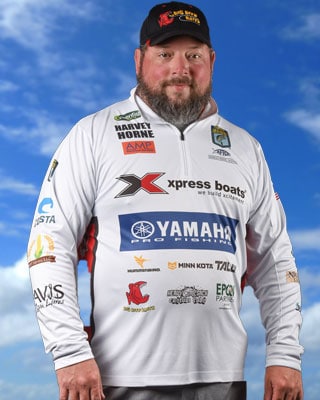 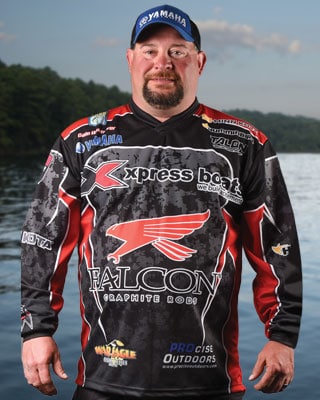 Dale Hightower caught “the bug” as a youngster fishing with his dad for crappie and catfish in ponds around eastern Oklahoma. He began bass fishing in his early teens, which eventually lead to Monday Night Jackpot tournaments, near his hometown of Manford. “That’s where competitive fishing began for me, with my father-in-law Monty Troxell,” Hightower said. Dale and his wife Alicia own a successful heating, cooling and refrigeration business. He is thankful that she truly understands the demands of being a professional angler and fully supports him. He transitioned from fishing out of fiberglass boats to aluminum in 2018 when he joined Xpress Boats Elite team. In regards to running his X21 Pro, Dale Said “I love the way it rides and handles in extremely rough water and how shallow it drafts.”

At the end of the day, I’m going out there and fishing against the fish. I know what I need to do.

Caleb Sumrall grew up fishing in southern Louisiana with his dad and grandfather. His interest was diverted to golf during high school, working a job and eventually starting a family with his wife, Jaci. At 25, he started fishing local tournaments and then B.A.S.S. Nation events. That decision put him on a path of opportunity that many can only dream of. Caleb qualified for the 2017 B.A.S.S. Nation Championship on South Carolina’s Lake Hartwell and won the event, which was a life-changing moment in his career, as it qualified him to fish the Elite Series the next season. In 2018, Sumrall finished in the money nine times — four times on the Elite Series (including a 13th place at Lake Oahe), four in the Bassmaster Opens (including ninth at the Championship on Table Rock) and his Classic debut. Caleb excels in shallow water bass fishing, but understands that that technique won’t sustain him throughout an entire Elite season. Caleb joined the Xpress Boats Elite team in the fall fo 2019 and is excited for the new opportunities running the “Original” all-welded aluminum will offer him. 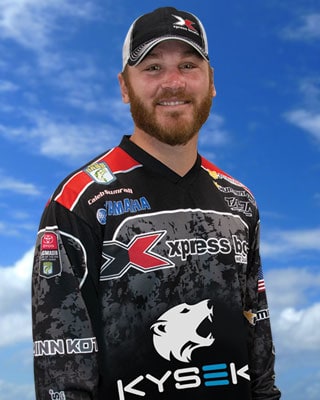 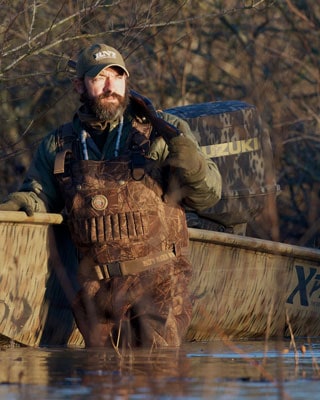 Growing up duck hunting and fishing here in the heart of the Grand Prairie and spending time in a boat is second nature. I have a choice and my choice is Xpress Boats. Great performance, amazing handling characteristics in shallow and deep water, superb structural integrity, all wrapped up in great looking package.

Whether your looking for a duck boat or a bass boat, look no further than Xpress boats, they are the Choice of these champions!

Having the good fortune to spend a great deal of time in and around a lot of boats, I’ve learned to appreciate quality, performance and aesthetics. I have a choice which boat I can run, that choice is Xpress. From bow to stearn, it is obvious Xpress strives to build a boat that is tough as nails, handles like a dream, and looks great on the water!

Chosen by champions, check one out, you’ll be glad you did! 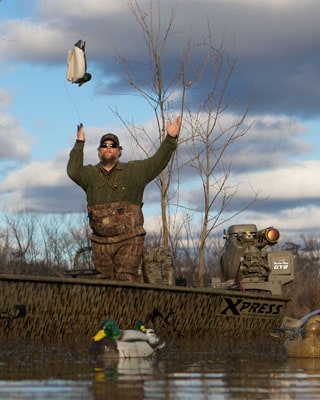 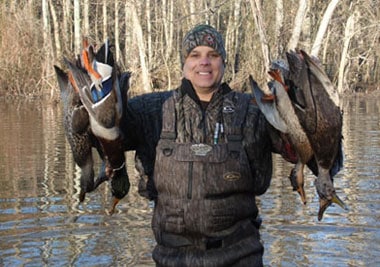 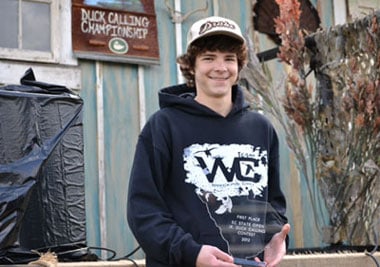 Daryl Hodge:
Daryl owns and operates the Wrecking Crew Guide Service here in both SC & NC where we offer guided duck & goose hunts. Daryl has over 35 years of waterfowl hunting experience and have 6 top five finishes in the SC State Duck Calling Contest in addition to being named 2010 Drake Waterfowl Field Expert of the year and 2011 Drake Waterfowl Southern Flyway Field Expert Manager.

Blake Hodge:
Blake has over 13 years of waterfowl hunting experience and has been guiding for the last 3 years. Blake over 65 top five finishes with 20 wins and 1 world championship. He has won the SC State JR Duck Calling Championship 3 times and has won other state titles in NC, VA and TX.

A hunter only gets so many opening days.

The team at Seek One, Lee Ellis and Drew Carroll, are proud members of the Xpress family.

Lee and Drew are known for their YouTube series on bowhunting giant whitetails in the Suburbs of Atlanta, but when they aren’t in a treestand you can find them at the helm of their Xpress X19 Pro. Lee and Drew have been bass fishing most of their lives and competed for a season on the Auburn University and University of Alabama bass fishing teams. From occasional weekend tournaments, to river fishing and pond hopping, the Xpress X19 Pro gives Seek One the versatility they need to fish a variety of environments for their YouTube channel. 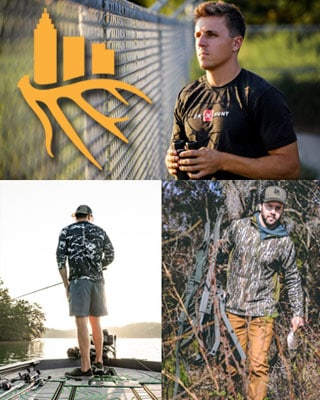 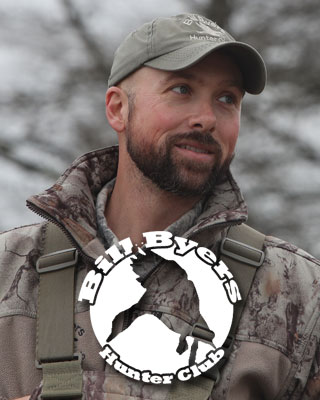 Running guide operations for Bill Byers Hunter Club, which has been in business for over 65 years, has allowed Cason and staff to rely on three things; safety, durability, and relationships. We know that when our clients get into that Xpress Bayou Series they are in the safest, most durable rig on the market. It’s going to perform every day of the season, year after year.

In three generations we’ve seen a lot of trends come and go in the duck hunting world. The Xpress Boats Family isn’t one of those.

Doug Miller was born and raised in Louisiana and has been fishing and hunting his entire life. He has the distinguished job as Director of Operations and Development at the famous Grosse Savanna Lodge in Lake Charles, LA. This world class outdoor destination offers thrilling activities including waterfowl hunting, bass fishing, saltwater fishing, alligator hunting, and ecotours.

The Xpress Boats family has revolutionized the aluminum boat industry. This is NOT your grandfather’s aluminum boat. Joining the Xpress Team was the best move Grosse Savanne ever made!

In 1997, my parents moved me to a neighborhood in the suburbs of Oklahoma City, which changed my life. I grew up next to two ponds where I spent most of my time. It was early spring when we first moved there, and I’ll never forget seeing my first largemouth siting on a bed. The determination to catch that fish as an eleven-year-old boy is something that I still carry today. I spent most of my childhood studying and fishing every single waking moment I had. The passion that was in me was something I couldn’t explain. That passion is how fishing became my life. From placing in the top 20 in the FLW BFL series on Toledo to the top 20 at an FLW Costa on Grand Lake O’ the Cherokees I know it is my passion that will grow me in the sport.

My mission in the fishing industry is to show the younger generation that dreams are made to pursue. My goal is to take myself to the top of the industry, but most importantly is to be the best role model I can be. 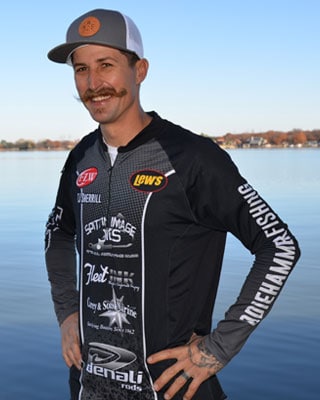 Get a Catalog or Test Drive a Boat Tomorrow

Here are a few ways to learn more about our boats.

Digital and hard copy versions available. Get yours today.

You can find an Xpress boat throughout the United States.

We are happy to answer any questions you may have about any of our models or products.